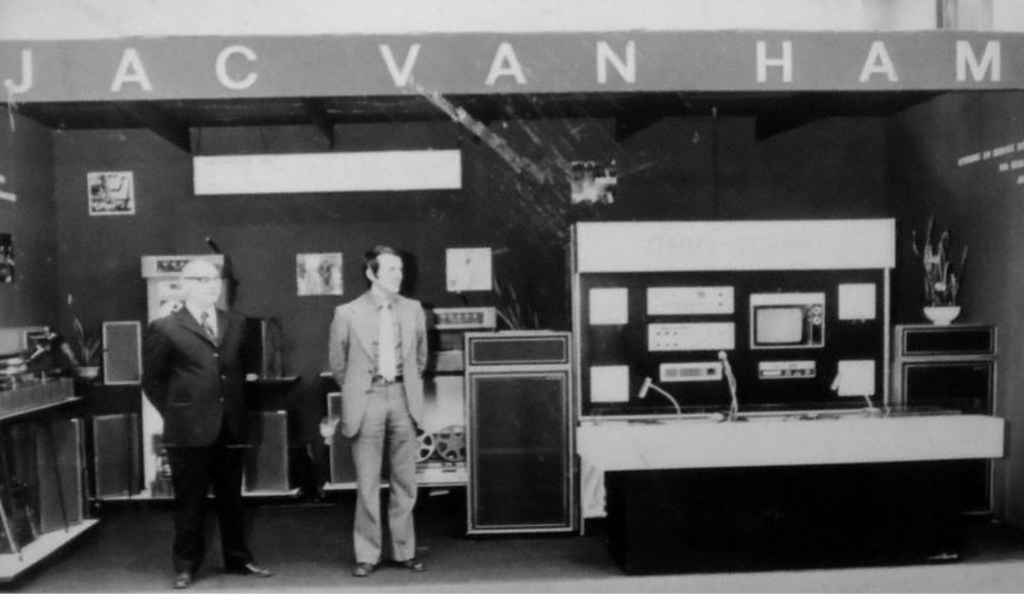 In 1958 Jac van Ham (JVH) started with the import and distribution of jukeboxes and similar. More than ten years later (in 1972) he expanded his activities with the import and distribution of video and gaming. Again eight years later (1980) he began an acquisition strategy that led to the further growth and prosperity of the company. In 1981, the first amusement centers were opened with gaming and family entertainment. In 1995, the first KEMA certificate was obtained.

A particularly given that founder Jac van Ham his company in 1999 sold to ABN AMRO. Never before had a large reputable financial institution ie expressed interest to participate in a company that was active in the gaming machine industry. Mr Van Ham is a minority shareholder is still associated with the company.
The new millennium gave an enormous impetus to the growth of JVH. In 2000, namely acquired rival Errèl. JVH result was almost twice as large as before.

2003 can also be seen as a milestone in our company history. That year, namely Jack's Casino, quality formula of JVH put on the market.
JVH which can be called from the very beginning trendsetter, is also evident from the fact that our organization realized the first in the industry to a combined offer of leisure activities was the future. And thus opened the first Jack's Casino in 2004 in a Van der Valk hotel. A year later it was done in collaboration with Pathé Cinema (among others in Rotterdam).

A special milestone in the development of JVH came in 2006 when investment company Waterland took large shareholder in our organization. This wealthy Dutch investment company of good name and reputation there was additional room for growth.

2007 was the year that Flash Casinos was taken and the following years saw several new casinos light (Amsterdam, Arnhem, Eindhoven ...)

In 2014 both got Helmond, Doetinchem as a Heerhugowaard Jack's Casino and the A4 motorway in the Bridge Restaurant, opposite Van der Valk Schiphol A4, there was a JVH office.

2015 was particularly significant because we have a 'sister' have been in the acquisition of the Krijco branches. Krijco, which has its roots in Amersfoort, is a nice addition. The national coverage of the JVH gaming & entertainment group has therefore become even better. Jack's Casino Nijmegen Dukenburg is "Best Casino of the Netherlands in 2015.

2016 focussed on the renovation of casinos in Rotterdam, Deventer and Amersfoort. In Oostzaan open in May the doors of the new Van der Valk and Jack's Casino combination. The new Jack's Casino Oostzaan Amsterdam directly "Best Casino of the Netherlands in 2016".

2017 JVH is proclamed by Deloitte as Best Managed Company. Jack's Casino Nijmegen Dukenburg and Utrecht got a huge make-over.